A former performer of Boris Charmatz, Emmanuelle Huynh, Alain Buffard and Gilles Jobin, he created the company VLOVAJOB PRU in 2005 with the dancer Cecilia Bengolea. His research fields range from the forerunners of early 20th century choreographic modernity (François Malkovsky, Isadora Duncan) to the current avant-garde, and from the techniques and symbols of classical ballet to urban and non-urban dances. Scenic.

With Думи мої*, a solo inspired by the sacred dances of the ritual of theyyam in the Malabar, François Chaignaud offers us an ambulatory performance that oscillates and mixes recital and dance. Dressed in spectacular costume-sculpture created by the couturier Romain Brau, it leads us in a series of metamorphoses through songs inspired by the medieval repertoire but also of Filipino, Sephardic and Ukrainian cultures.

François Chaignaud thought of this show as an antidote to the rituals of Western theatre. Thus, in an enclosed place, without a bleacher, stage and in motion, an intimacy is created where the spectators will enjoy as close as the gesture danced, the excessiveness of the costumes and the polymorphic voice of the artist.

The short form of performance in a singular space is an invitation to change our habits as spectators while making us enter a walk that falls under the magazine. 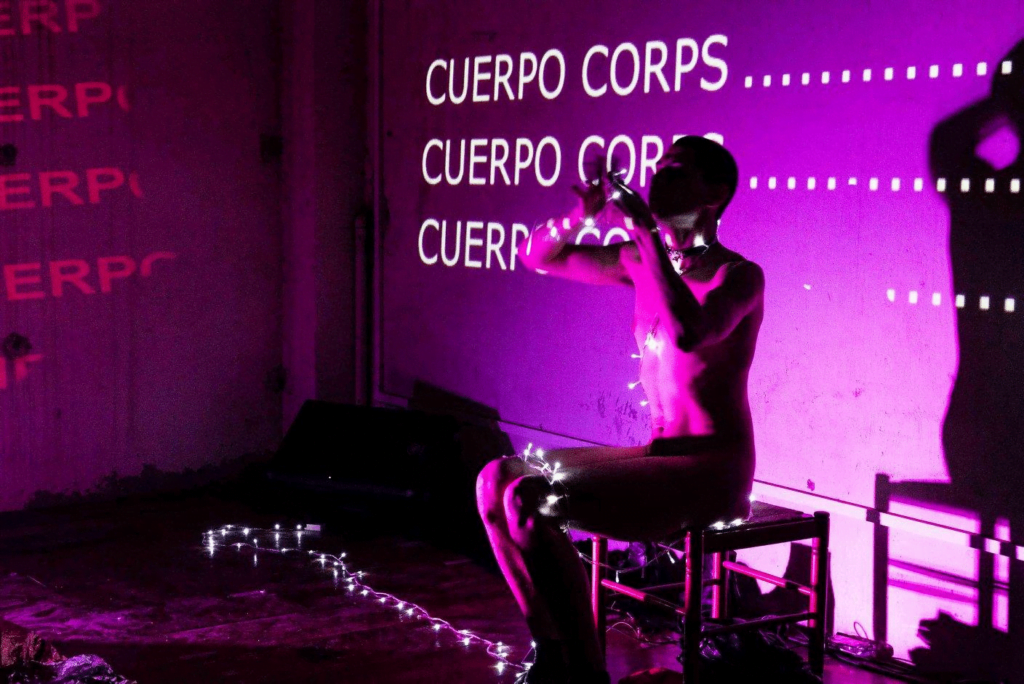 The IDEM Collective is looking for volunteers : contact-us !